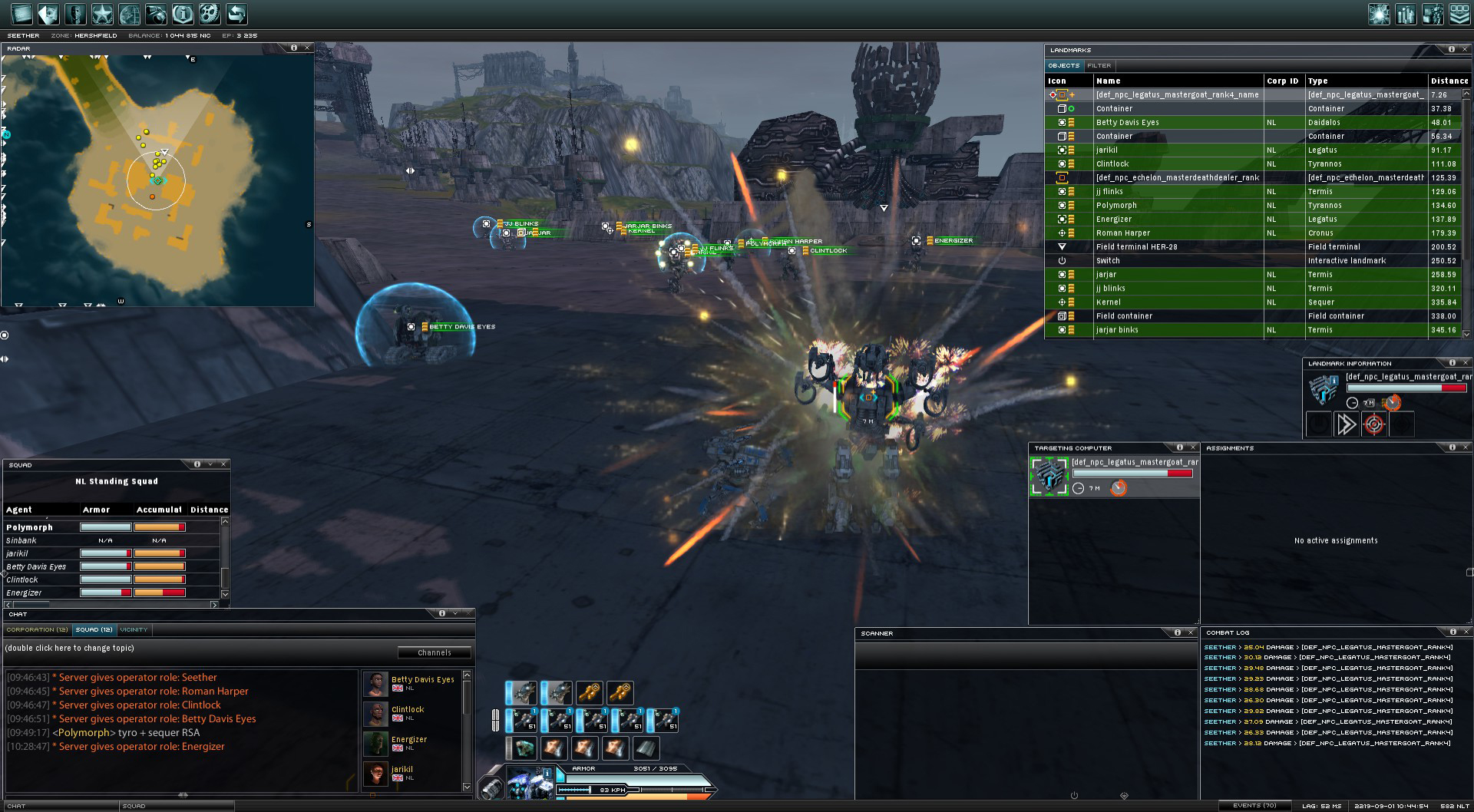 We have wonderful news for our next Patch.
The Squad Assignments reward structure is getting a full re-balance to ensure that participants see increasing reward as the squad increases in participation.
Previously we introduced a 5% bonus to total NIC earned for each additional participant (maxed at 10).  But you, the community, pointed out that there were still big tradeoffs.  Tokens did not share or scale, nor did reputation scale, though it is shared.  To address this we have detailed our approach in the following blog! 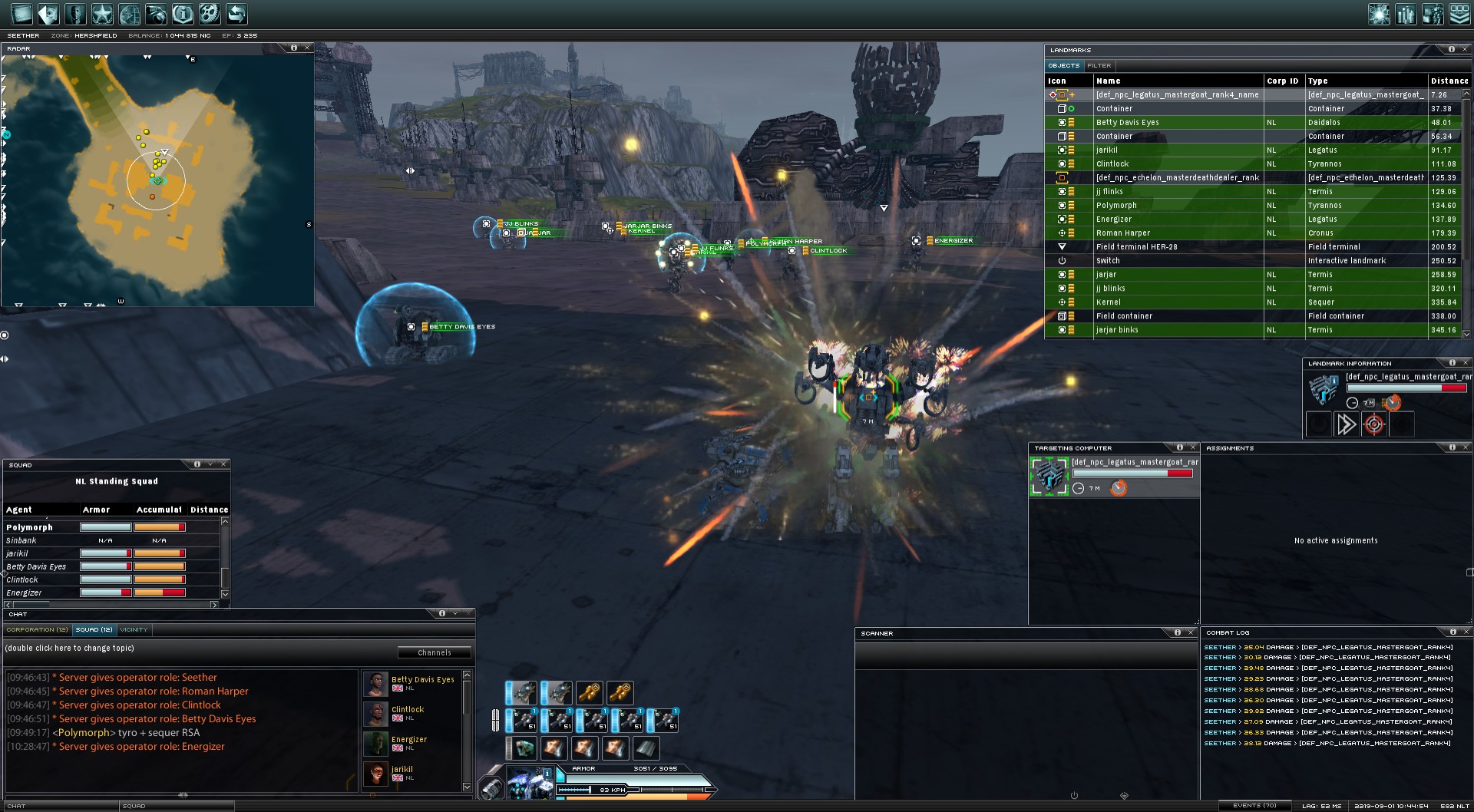 So let’s get a few things straight about the Squad Participation System as originally introduced by AC a few years ago:  AC Dev Blog

When you accept a mission in squad – this determines the total level of difficulty based on current squad size.  This also determines the total possible reward. Both of these are capped at 10, neither the difficulty nor the rewards will scale beyond 10 for squads larger than 10 members. If more than 10 participate, the reward will split to all participants, diminishing the cut each receives as the total will remain capped at the 10-reward level.  If someone in the squad of 10 does not participate, their cut of reward is forfeited. The increase for reward was only for NIC and it was linear: the cut you would see for 3/3 participation would be approximately equivalent to 6/6 or 10/10 participation (+/- all the randomness). 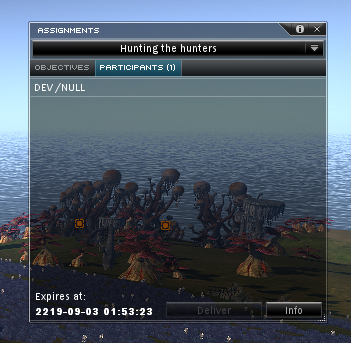 Anyone in squad who either completes or assists in completing an assignment will be flagged as a participant.  One can view currently logged participants in the Assignments Window, under the tab “Participants”. That log will update after objectives are completed.

Participation is any action that directly contributes to the completion of the objective.  (This does not include things like having aggro on a kill, but not killing the npc yourself.)

Some assignment types will be easier to do in different sized squads.  The number of objectives that are randomly generated can also affect the ability for everyone to get a chance to participate.  However as assignments become more difficult, it may actually require teamwork to complete. Some in fact were designed for squads with members of different capabilities.  We accept that there are dynamics here that will and will not work to use the squad system in every case. However, we do see it as a problem when those that otherwise could squad up for assignments choose not to because the reward per time/effort diminishes compared to solo assignments.

NIC, Reputation, and Tokens will increase by 5% per-participant.*
Tokens will now automatically be split and distributed to participants.

*Still with the max of 10 – putting the total possible increase from Participation Bonus at 150%
**with full participation.

Also as you, the community, note: Beta 2’s (Alsbale, Novastrov, Kentagura) because of their layout, terrain, facilities, etc. appear to be less useful to capture and occupy because they lack certain necessities for beta-life.

We have addressed some of these issues with new attractive offerings on Beta-2’s from previous patches:

Still we knew our Beta-2 mission was not complete.
Thus we are introducing:

Level 0-7, Mining and Harvesting Assignments are coming to Beta 2 outposts!

Why not all types?  Why not field terminals?  Why level 7?

If you remember, the AC Devs put in extensive work to integrate the random assignments system, and seed the necessary infrastructure on the islands to have missionspots for every objective type scattered about in roughly equidistant fashion to allow players to do assignments wherever they like and let the random system send them on journey’s all about the island.
There is an inordinate amount of work to achieve this that will require tooling development to support this at any reasonable scale.  To do a full assignment system integration like the other islands would be too much of a set back to other Roadmap items we, and the community, are expecting.  However, there was no good source of NIC for Beta-2 dwellers. Fortunately we found a satisfiable solution. Resource gathering assignments do not require the island infrastructure to be populated to correctly generate assignment objectives.  Populating them at the existing outposts was the best solution.

Level 7’s at the Beta-2 outposts are being introduced to also allow for players to gain higher reputation, further enhancing the beta-industry theme of Beta-2’s.  Additionally, the higher level will give greater reward, but taking them from the outpost is often less efficient that from a field terminal. Thus we expect that level 6’s on Beta-1’s and level 7’s on Beta-2’s will be comparable in their reward per unit time and effort.

We are interested in keeping Beta-2’s unique in some capacities from Beta-1’s and not simply making them strictly superior in every aspect.  For example: this may create demand and traffic across the different betas, requiring agents to move beyond one island to access different content.  Having everything you need at your doorstep may not be what is best for a open-world pvp sandbox; encouraging interaction with others (whether through the trade window, or at the business end of a Znatvoy-Berjiar-IA Medium Autocannon) should be what it is all about!

Stay tuned for an announcement regarding these changes in the next Patch!