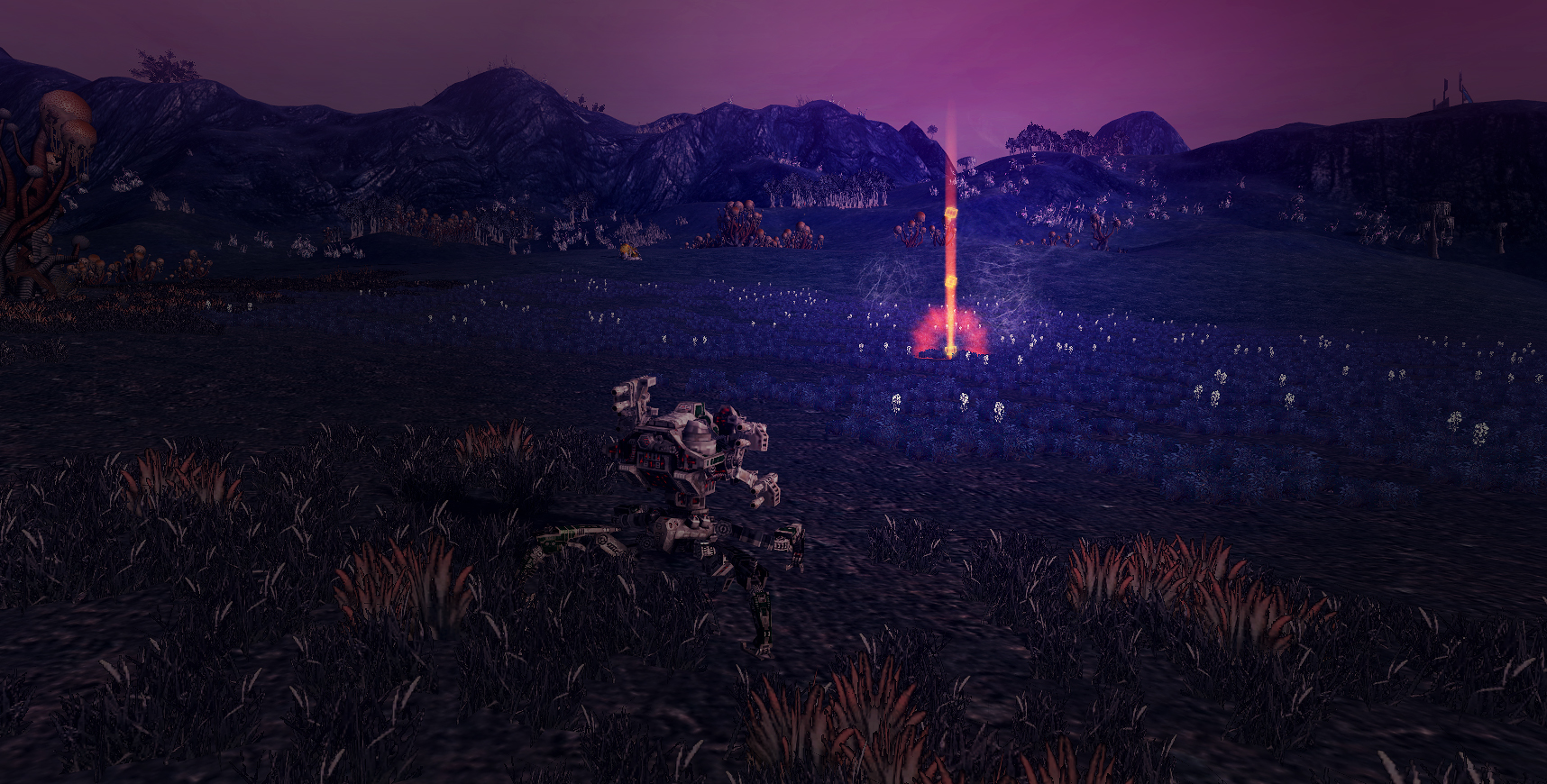 A Relic under one of the moons of Nia

Hello Agents!
We decided to breakdown the Patch 10 announcement into a series of blogs to allow more time for interested readers to get a deep-dive into each feature.  And to allow us time to write them, after doing the actual work and getting things tested properly before release – you know small stuff.

This time we are going to describe the Relic system, an entirely new feature added to the Open Perpetuum server.

Relics have been found when buried remnants of Nian technology from the past shuffle to the surface due to the electro-seismic properties of the Nian continents and result in a mysterious release of energy on the visible spectrum.  As you explore islands you will see beams of light shooting from the ground, and your HUD will also annotate this beam with the estimated content of this Relic – classifying the relative Level and Nian-Factional origins of the treasures contained within…. 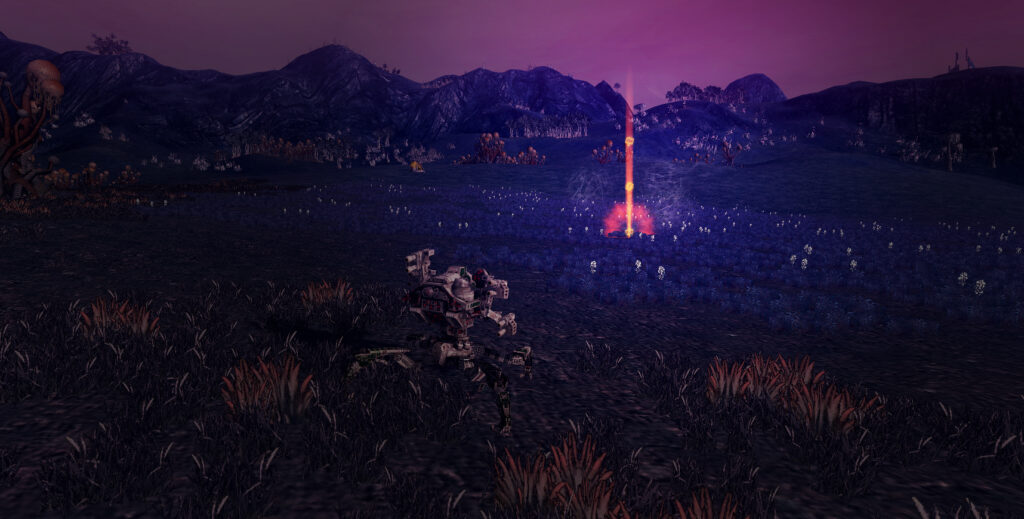 As you explore island you will see beams, when you approach within 30m, the Relic will “activate” and you will get a loot container assigned to you, and EP for the activity of finding a Relic.

EP for each relic will also increase by level and island tier between 15 for Alpha-1 Level-1 Relic to 65 for a Beta-2 Level-3 Relic.

In keeping with the Risk:Reward gradient, Relics follow a similar model.
Between Alpha-1 Level-1 Relics and Beta-2 Level-3 Relics – you can expect the following approximate ranges:

These are ballparks because there is a random range for each of these – though it is a tighter range than typical loot tables.

Each island has a maximum number of Relics that spawn, they have the ability to spawn in random locations and preset (“static”) locations.  The static types will be used in conjunction with later content and to allow design teams to use it as another tool to create unique experiences and challenges across the world.  Relics last up to 3 days if not found, and every 1 to 2 hours a new one will spawn when the island has less than the maximum allowed.

These are notably different from the Artifact system in that they are part of the competitive open-world sandbox experience as they are not unique per character.  In conjunction with the respawn rate, risk:reward relationship, the incentive is to increasingly venture further and further out into the world to find these Relics.  Designed with small cargos in mind  this can pair with many other activities. This will require some attentiveness as afk-autopilotting might lead you right by a lucrative Relic.

We hope you enjoy the new Relic system and that may enhance your game experience.
Let the hunt begin!