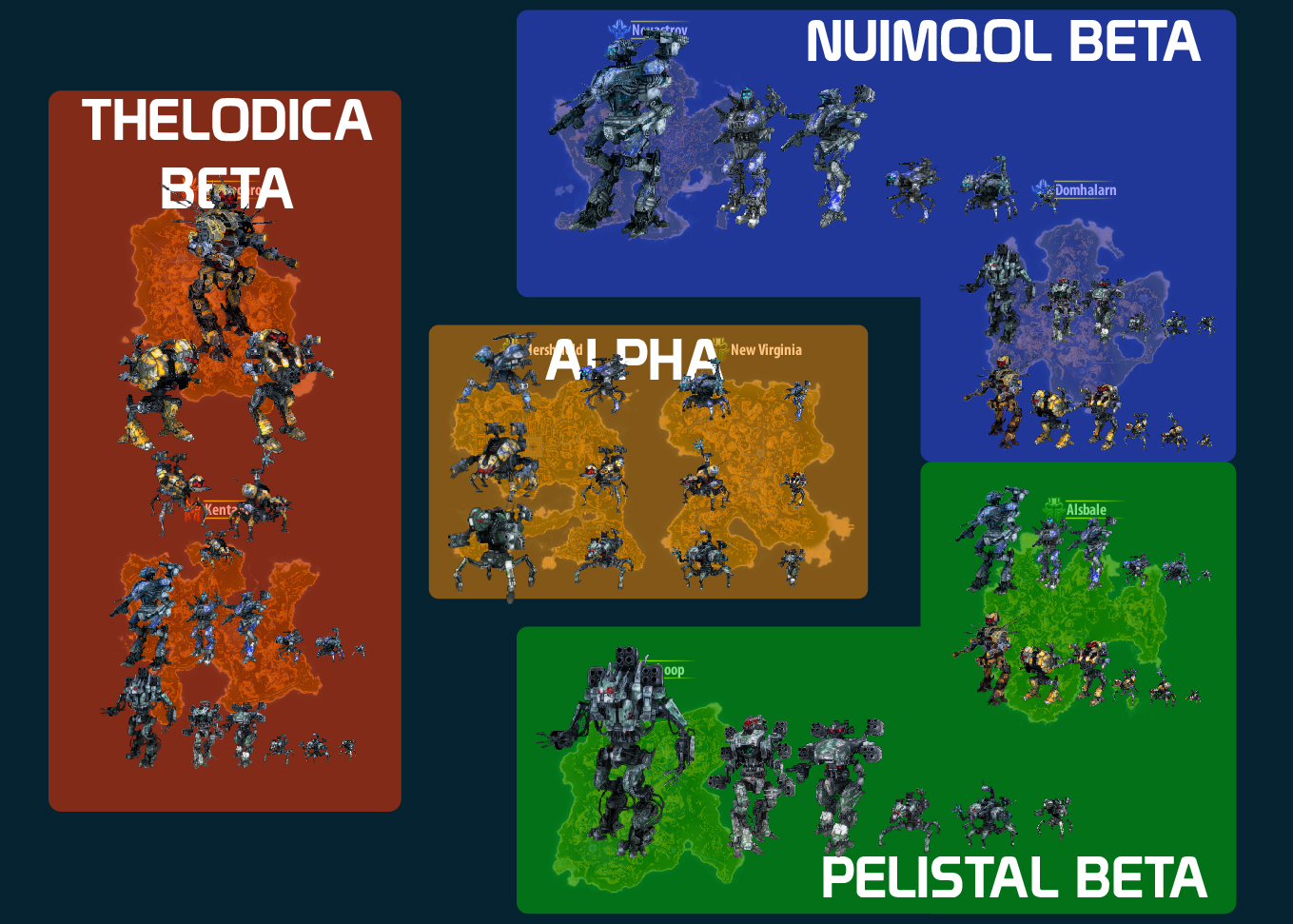 As promised we have a few more details to cover for the next patch.  Enjoy! 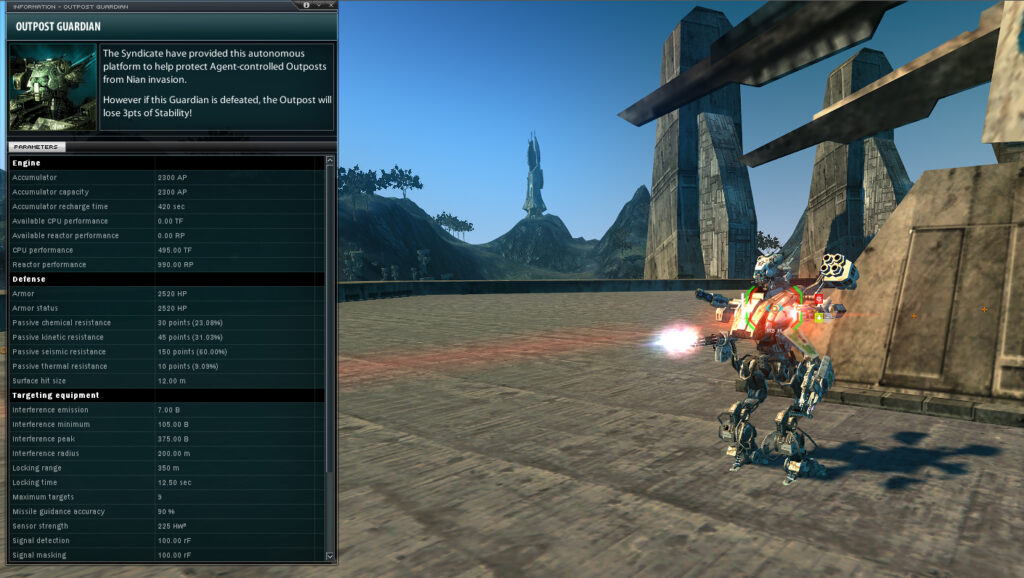 Thanks for defending our base Mr. Guardian!

There were several bugs in some of the new SAP mechanics, which you all found and documented very well.  This made solving these issues very quick and easy for us!  We thank you for your rigor and vigilance to hunting bugs in the wild like that.  We are happy to announce that both the Destro SAP bug and the Relic spawn location bug are going to be in the next update!

Along with these bug fixes, we have one parameter tweak to call attention to:
The Outpost Guardian will now do -3 points to stability (was -2 pts.)

Sorry Paragon, had to pick one to demonstrate. (Note: not live data)

The idea here is to further promote protecting your Guardian, and encourage players to shoot enemy Guardians.  What was observed was that owners could shoot both Invader and Guardian (in a particular order) and walk away with 2x the loot with no stability loss.  To start to tilt this decision boundary, we are introducing a bit more incentive for opting to take an offensive stance to grind Guardians. Ultimately it is still a choice for the player to make, now with a more sensible cost given the context of the reward.

As with all the new mechanics and balance we introduce, we watch emergent player behavior carefully.  And we note what different player densities will do to affect this behavior.  Downtime PVP is different than prime-time PVP, so too is how players engage with PVE/P mechanics.  We always seek to get it right the first time, but we hope you understand the benefits of playing on an actively developed server is the ability for us to account for change, fix bugs, and balance in a more responsive way.

This has been a pain in our side for PVE balance for months.  It was a massive undertaking from a economy/balance perspective.  Several team members worked on this in the background for a long time, we finally settled on a solution and implemented it.

As you may already know, all “Scientific” Artifact types are the only ones that carry MK2 CT Capsule loot.  The distribution of what kinds of CT’s, their grade, their MK2 bot type, etc. was totally flat.  By flat we mean that all CT Capsules dropped at the same rate for all the bot types.  Worse, they drop not only Lights through Heavies at the same rate, they drop all of the Industrial bot CT’s at the same rate too in every Scientific artifact.

That would mean if you found a “Nuimqol Scientific III” you would have your shot at anything: from a Yagel to a Mesmer, from a Laird to a Lithus.  With the way the loot system works, it is random per each item the artifact can possibly drop.  That would mean, most times you leave with nothing, and sometimes you could literally get every CT it has (as much as 20+)!  Because each artifact has so many CT’s on its table, the chance for each is very small.

Another frustration was that no act of the player could help them find an artifact that drops a particular bot CT they are looking for because each Scientific artifact was basically the same.

With all of these observations we have come up with the following changes to improve the life of artifacter’s across Nia.

Here are the headlines: 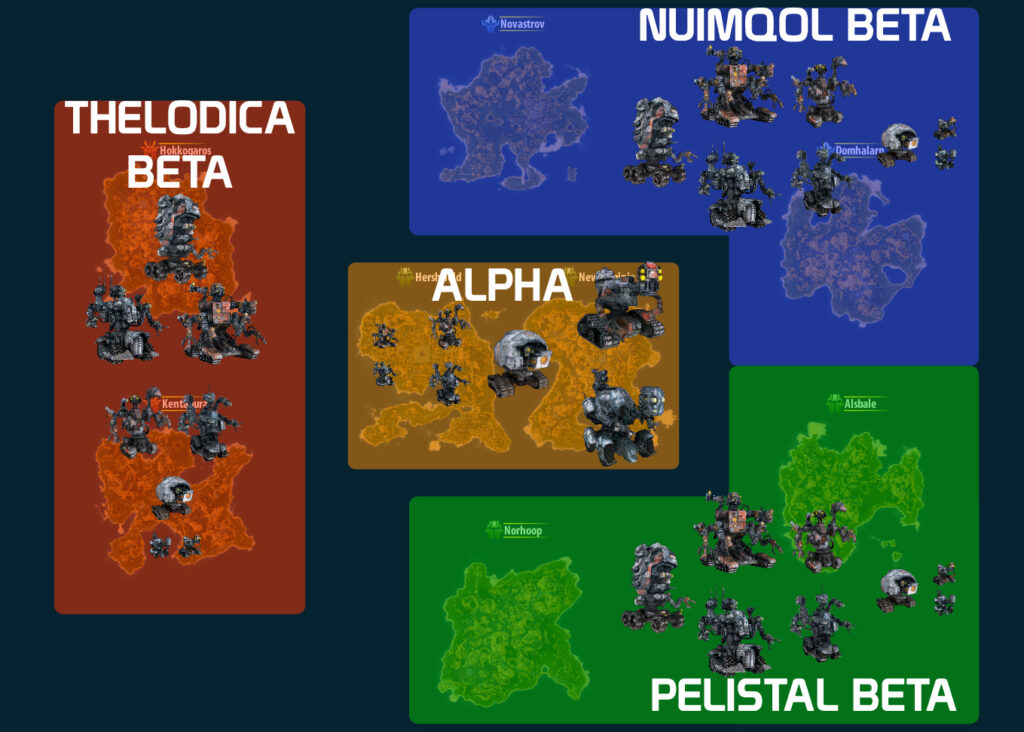 What does this achieve?

Players can now select down to an Artifact type they want to pursue on their scanner based on an asymmetry in the likelihood they drop a MK2 CT capsule that player desires, or finds more valuable on the market.  Finding a Pelistal Scientific III on Alpha means a good chance of a Castel, and moderate chance of Troiar and Waspish, as well as a slight chance at a Tyrannos all at a 15/15pt T3 quality.  On beta an artifact of that name would drop more likely drop an Ictus, followed by a Gropho, Tyrannos, then Waspish, Troiar, as well as a small chance at a Castel too.  On Gamma you can see how the schema would shift up for the heavy class as well.  And bear in mind, no Industrial CT’s randomly getting mixed in!  If you want Industrial CT’s look for Industrial Wreckages under any factional prefix.

What about Factional balance?

This we handle with a different layer of the system.  Each artifact type has a chance of spawning on each island.  Alpha’s it is equal for all factions for each respective artifact type.  On the factional Betas it breaks 50:25:25, where 50% of the chance goes to the host faction of the island.  This means if you find a Pelistal Scientific III on a Nuimqol island, it has the same loot table as an artifact of the same name on a Pelistal Beta island, only that the chance of that type spawning on a foreign island is half as likely.

*CT – Calibration Template
*MK2 – Upgraded tier of robot, features advantages over MK1 variant
*CT Capsule – An item found in artifacts that produces a CT when activated.  This item can be sold via the market, whereas the CT can not due to its mutability when used.
*MK2 CT – a CT for a MK2 robot which are found in exclusively via artifacting.