Flux has long been held by the Nian’s as sacred and therefore its origins a well protected secret. It has been found to hold properties that condense energy, that allow for the transformation of matter. The Nians consider Flux as vital to their survival and it seems a key in the creation of plasma, their very life force. While small amounts can be found in ancient Nian tech when artifacting, Syndicate intelligence has discovered the presence of concentrated amounts of Flux on the Beta Islands.  Our scientists have produced a new charge designed for conventional geoscanners that can isolate and detect Flux ore fields just like any other.

Mining of Flux fields appears to emit low frequency signatures that alert Nians to the extraction of this material.  Elite Nian lifeforms have been known to travel without the use of fixed teleportation infrastructure.  The disturbances created by mining this material appears to attract a particular dangerous cohort of Nians – lifeforms tasked with the sole duty of protecting Nia’s resources.

These seem unhampered by Syndicate countermeasures that have dampened much Nian activity across the known islands. From field experiments, it has been noted that as mining activity increases, so too does the Nian response.  Each wave of incursions becomes progressively more deadly as mining activity continues.

Flux Ore is a new raw material that refines into Flux.  As highlighted in our previous blog, to manufacture Destroyers, their modules and ammo will require Flux in higher quantities.  This increased demand will largely be met by mining and refining this new ore.  However, the Flux found in T0 modules from artifacts will remain and allow players that prefer artifacting to participate in this new material economy as well. 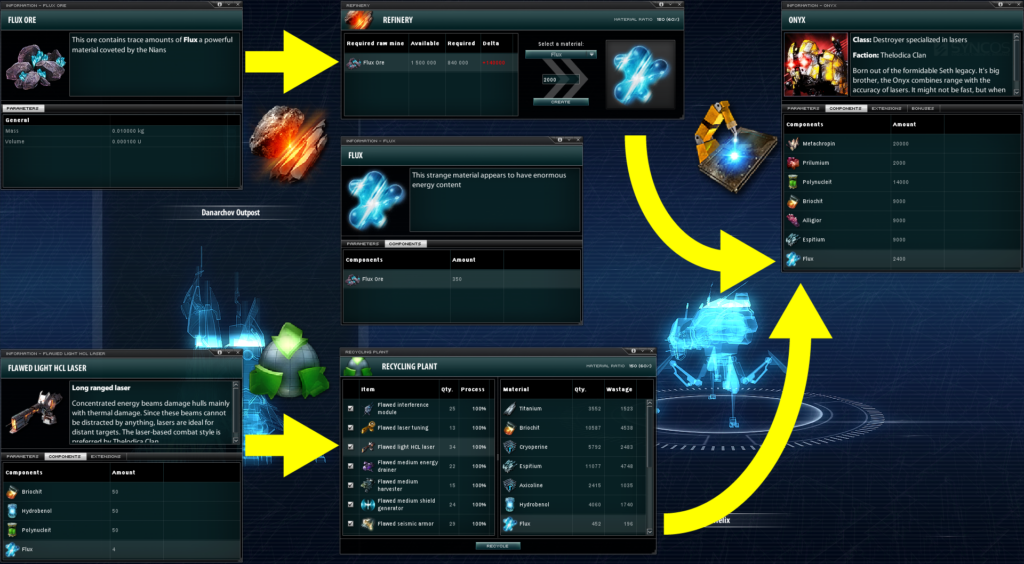 Flux can be acquired from recycling T0 gear or mining Flux Ore and refining it!

Flux Ore is a solid and will be found exclusively on Beta islands, with a slightly higher prevalence on Beta 2.  Flux Ore will also refine into its commodities like any other ore.  Flux Ore mining comes with a new unique twist: mining a Flux Ore field will dynamically spawn aggressive NPCs!

Well this is going to make things interesting…

Flux Ore, when mined, will spawn aggressive NPCs at a distance they will roam towards the field attacking anyone within range.  Each NPC spawn wave triggers at particular amounts of ore mined in a field.  Each wave of NPCs will also get progressively harder the more you mine the field down.  The first wave is very easy and the last wave is very hard.  The more combat capability you bring to defend the miners against the waves of Nians the more easily and fully you can mine the field.  You can choose to stay and fight each wave, or run for it!  If a wave is left undefeated it will despawn after a few hours and you can resume mining until the next wave spawns.  This allows for squads small and large to mine Flux fields up to the limit of their ability to defend against each wave. 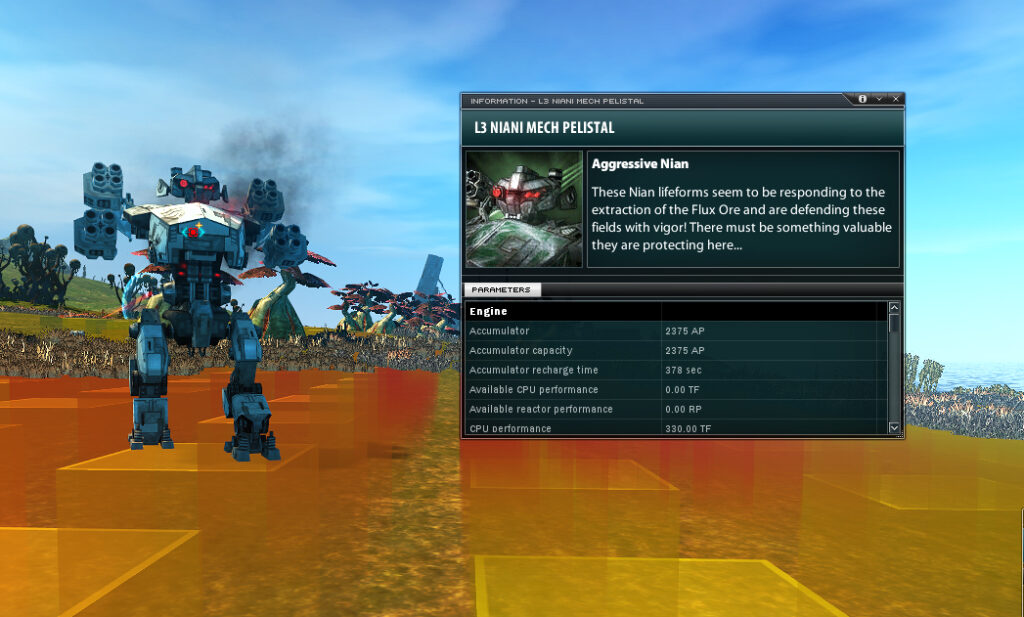 The progressive scaling of each wave allows player groups of all sizes to access this content and get reward commensurate with the work they put in.  The more the merrier!  The faster you mine the faster the waves will spawn, which means more targets for your combat squadmates!  If you don’t have a big squad, you could mine what you can and make a run for it before the Nians overwhelm you.  The choice is yours.

The loot and EP from these new challenging NPCs is also not something to ignore.  Asking your combat-oriented friends to tag along and help defend your mining op will not just be to help mitigate PVP and PVE threat, but will be a rewarding opportunity for the combat pilots as well.

Some players love to mine and some love to fight. This activity allows both to work together for a shared goal and reward!

*This feature was generated after a discussion with community member and patron Hydramerchant!