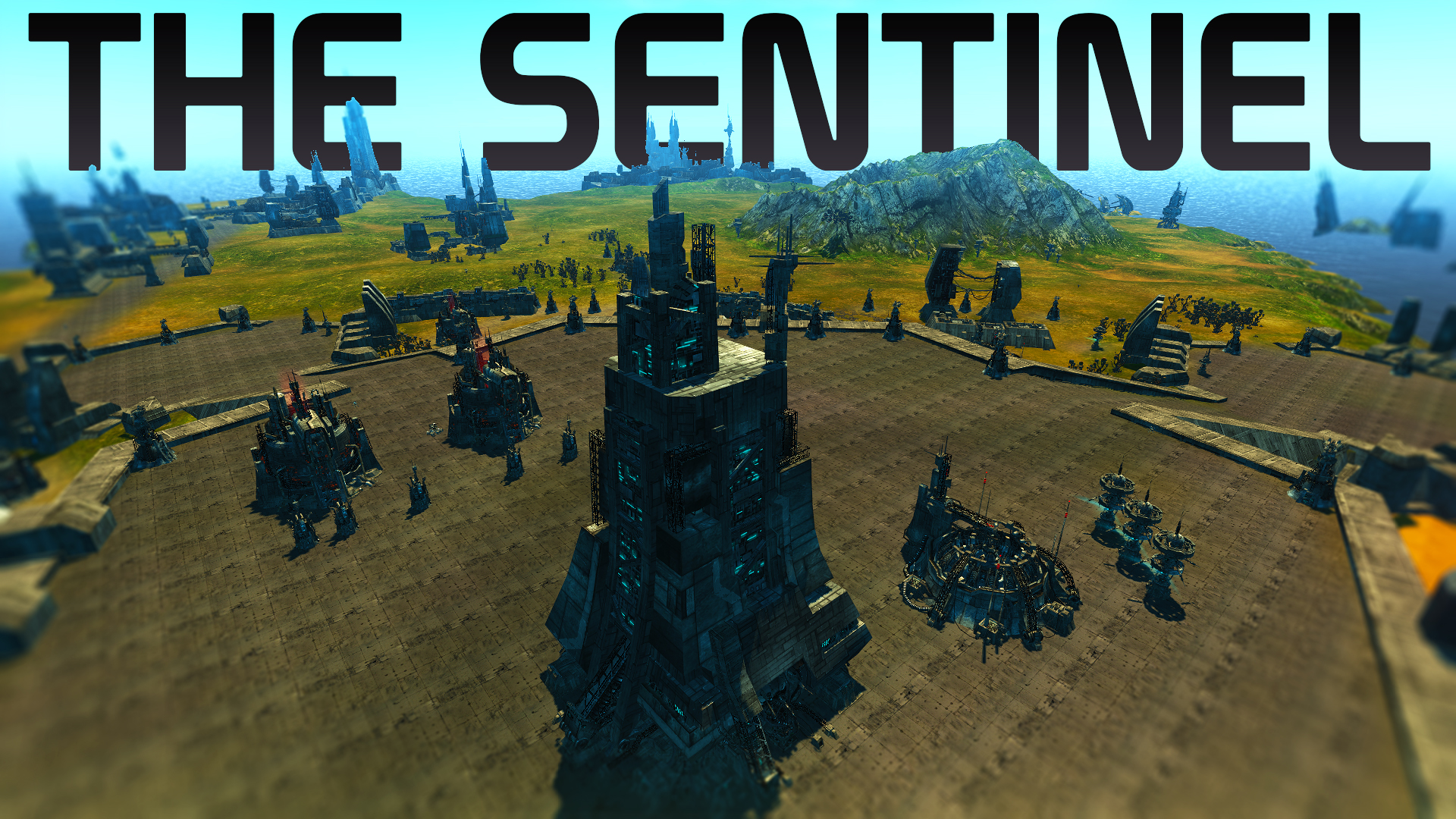 This and the following two blogs detail major new systems entering the game in the form of the Stronghold islands and special Boss loots which produce unique modules.  To help you navigate all of the relevant resources we have compiled all the links here:

Please enjoy the blogs!  (TL;DR is included at the bottom)

The Syndicate have picked up yet another teleport signature, this time further than any of the known islands we have so far encountered.  They initially suspected the island was abandoned, with evidence of past tectonic activity and offshore ruins.  Typical of the Syndicate, they sent a more affordable scout assignment out for quick data collection before they initiated a full scale colonization effort.  The scouts did not return – only the data collected prior to their abrupt loss.

Image of the entry Teleport Dock. Things were quiet here.. too quiet.

While the teleport dock was abandoned, it appears there is a large scale Nian base of operations deeper into the island utilizing a whole new means of Nian teleportation.  It appears to be part of a larger network but the scouts were eliminated before they could acquire anything further. 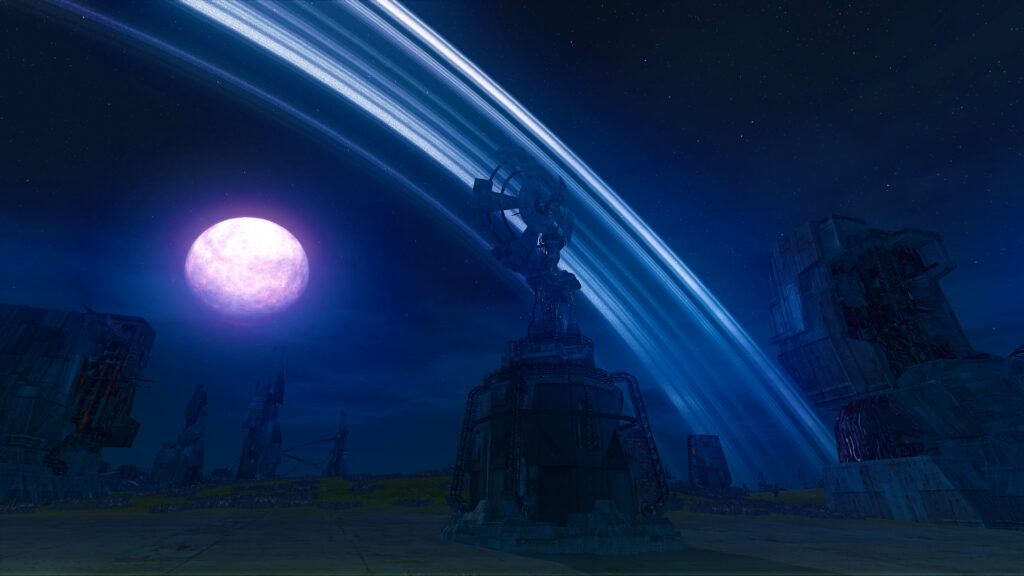 The Syndicate has not been blind to your private corporations’ exploits, growing fat and lethargic operating under their protection.  So now they call upon you, Agents of free-enterprise, settle this untamed Nian island in the name of the Syndicate!  Of course you will be compensated for your efforts.  They claim there is substantial plasma and materials to be pillaged – all of which are yours, should you survive…

Over time you will learn more about the Nian’s and their plans, but first we are very proud to bring you the first truly customized island and PVE experience all built from the ground up! 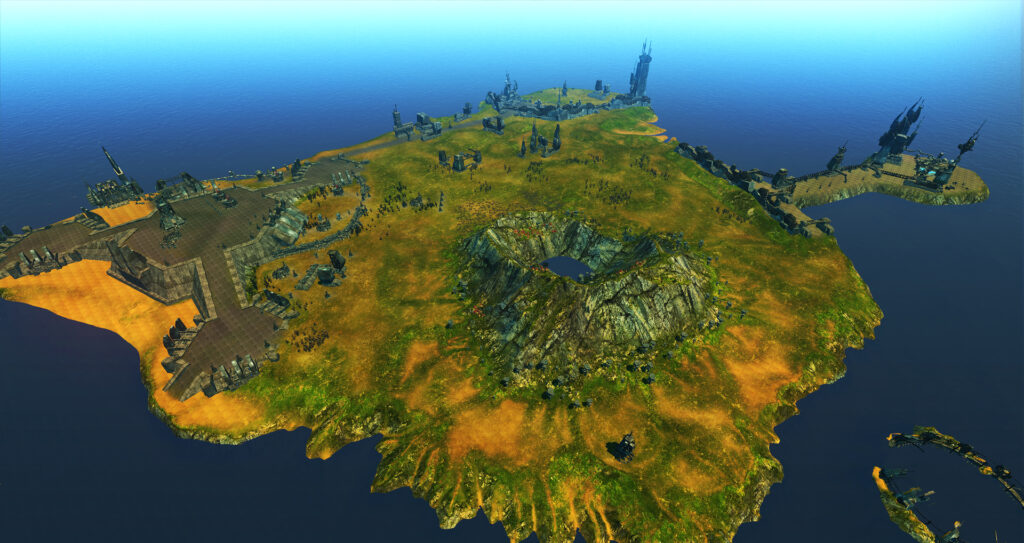 The Sentinel is the latest in our Roadmap of content, namely the Strongholds: islands that provide an open-world dungeon-like PVE experience.  We will describe how the Stronghold system will scale and variations you may see over the next few months in a later blog.  This is also part of the Destroyer content arc, providing the PVE element for Destroyers to engage with.  The PVP aspect of Destroyers will be following, can you guess what that might be? (It’s gamma) For now, let’s dive deeper into The Sentinel.

This content is designed for upwards of 8 to 10 players.  Unlike most PVE, this will require more hands-on piloting so be careful how thin you spread your attention.

First you should expect something unlike anything encountered thus far in Perpetuum.  This is orders of magnitude more difficult than anything currently in game.  All the NPCs are aggressive (red) with extreme range, and a thirst for blood.  The new “Gamma”  NPC turrets will be especially capable and dangerous, as will the final boss NPC which among other things leverages the NPC reinforcement system to its full potential.  This content is designed for upwards of 8 to 10 players.  Unlike most PVE, this will require more hands-on piloting so be careful how thin you spread your attention.  It is also a lot of content.  The sheer amount will make smaller groups a laborious undertaking, even if you manage to survive.

On composition, Destroyers are going to be invaluable, but they will need crucial support to execute effectively and be protected from ambush.  The field terminal should provide easier logistics for things like ammo changes, or even refitting, as your squad moves through each challenge.  Don’t expect conventional wisdom to prevail in all cases.  Do expect losses.

The Island: a tour!

The experience begins with a new Stronghold Teleport item, purchased at the Syndicate Shop.  Gather your squad and get ready to jump out!  The teleport item will only allow jumping to one Teleport column, this is the entrance of the Stronghold.  When you arrive on the island you will see a Field Terminal and an “Exit” Teleport Anomaly.  The Exit teleport anomaly will take you back to Hershfield Main Terminal.  These teleport anomalies are the only mechanism, other than death, to get home.  This will be true for all Strongholds, each will have one or more Exit anomalies. 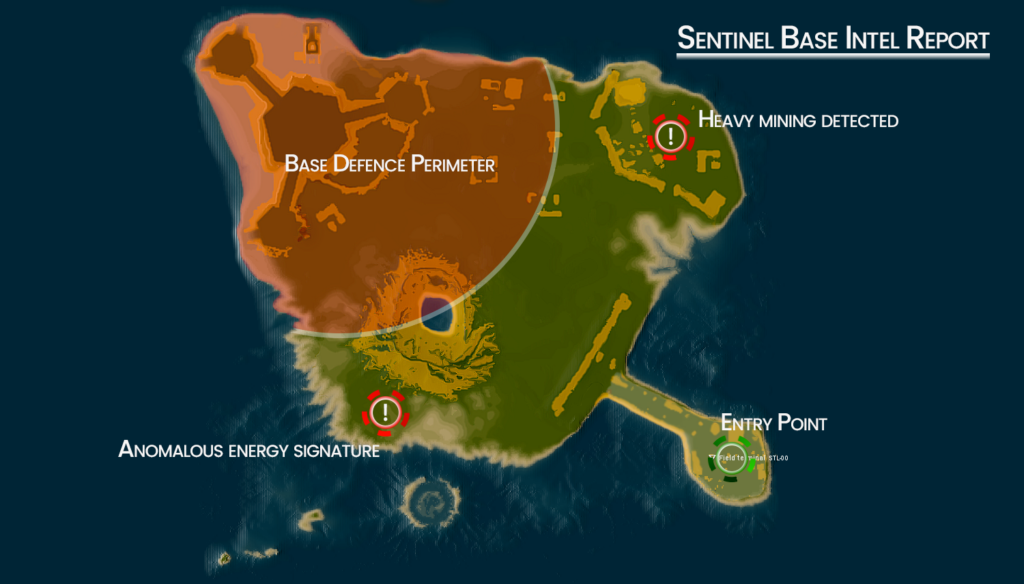 As you proceed over the highway to the main landmass, you will see a fork in the road and it’s up to you which path you take.  Either path will direct you to different approaches to the main base through some “extra” experiences you can have along the way.  It is also possible to take the central approach too but maybe with greater difficulty. 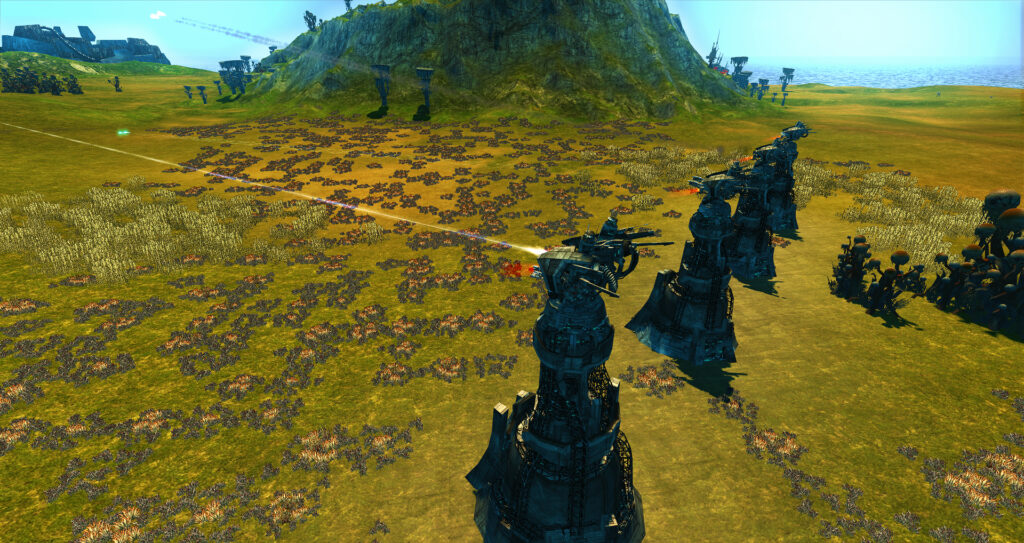 The Nian Base features “Gamma” structures, notably including turrets.  They are actually NPCs themselves, but that is an unimportant technical detail.  As you approach the base take note of the range they can engage.  Range, line-of-sight, signal, and everything else is brought to bear here.  Destroyers and these NPC turrets have been balanced in kind – as this is part of the Gamma-Destroyer content development arc we previewed in our plans when Destroyers were released.  There are many things to discover about strategies, fits, and squad composition choices.  We look forward to seeing what strategies you develop! 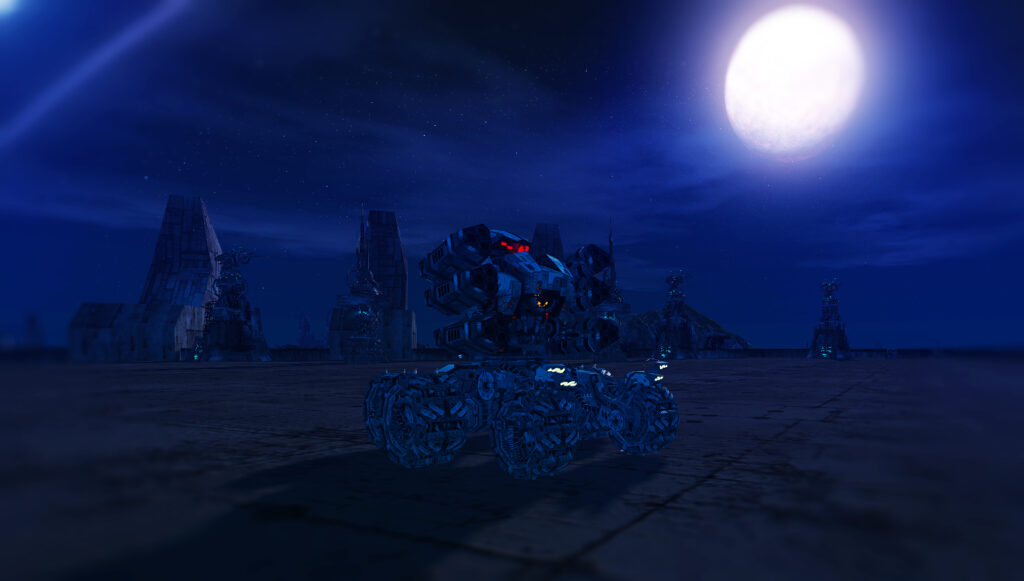 The Boss (The “Commandant”) awaits your arrival at the center of the base near the terminal.  Open-world and Stronghold bosses especially will be taking advantage of the NPC Reinforcement feature, able to call in assistance as it incurs damage.  Be careful as each wave will get increasingly more difficult and can be quite deadly if not dispatched. 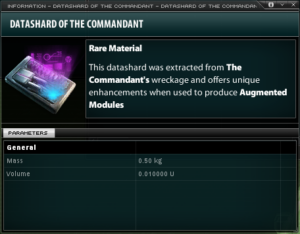 The Boss drops “Datashards” a unique material only found on each Stronghold, belonging to the Boss of that Stronghold.  These Datashards are used to produce “Augmented Modules” a new set of tech in the T2+/T4+ levels.  Each Boss’s Datashard is used to produce a particular set of these modules.  These modules feature their own set of unique bonuses.  So with each Stronghold and additional Boss NPC, more Augmented Modules and Datashards will be introduced as the unique reward for completing each Stronghold.  We will describe this system in more detail in a later blog. 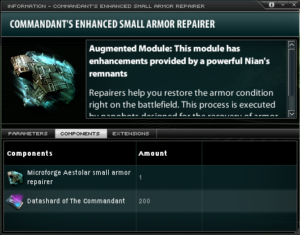 Datashards used in the production of special modules

Learn more about Augmented Modules and Datashards in our next blog!