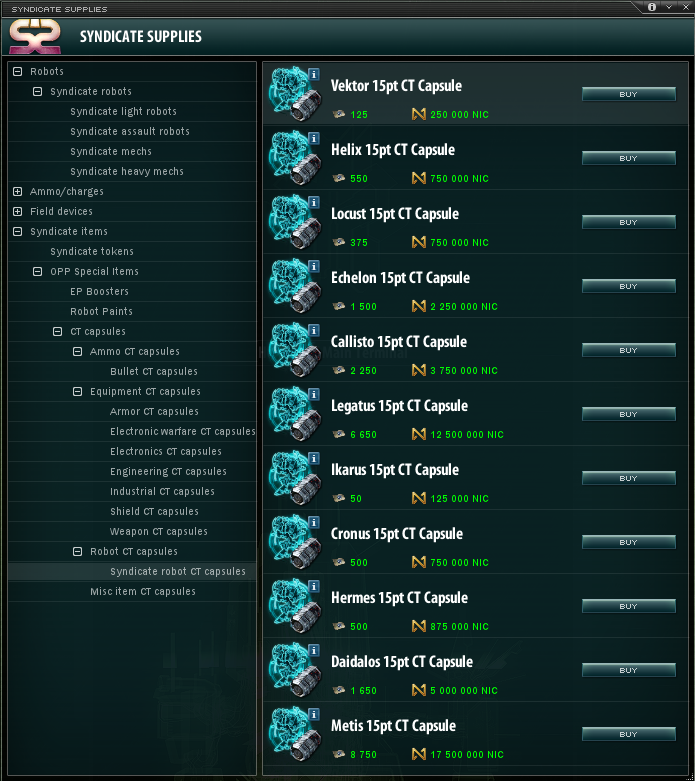 The Syndicate Faction has never competed on the same level as its Nian counterparts. Being only a cheap human-derivative of Nian tech, it still does have some unique advantages.  One such advantage is that the Syndicate provides them with unlimited supply and low cost to Agents with the appropriate Universal Tokens.  Because Syndicate robots were uniquely purchased with this Token, their value was mostly tied to its supply – independent of the material and kernel markets which determine the Nian robot costs.  That brings us to part 3 of 3 of the Syndicate Rebalance Saga: the economic advantage.

Part 1 added major unique “features” to Syndicates like their special proficiency with Toxic ammo and turrets that now apply damage with every shot (like missiles). Part 2 was a top-to-bottom balance update of the combat Syndicates to reduce the performance gap between Syndicates and the Nian Factions.  For part 3 we needed to make the cost of Syndicates be based on the same market forces and material supply that determine other robot costs.  The best and most direct solution was to make them producible!

Unlike Nian robots, Syndicates will not require research and kernels – a major barrier for starting industrialists.  Instead to lower this barrier and maintain the Universal Token demand (an important source of income for new players) CT-capsules will be available for every Syndicate robot in the Syndicate Shop. This provides a way for new player industrialists to build and sell their first line of robots without the long road of unlocking research with expensive kernels. Selling the CT-Capsules with tokens ensures that regardless of how Syndicates robots are sourced, there will still be a high demand for Tokens.

There are a number of NPC market order price adjustments, as well, to help deal with the projected changes to material costs and the new realities of the player market on the OPP server. This will provide the necessary pricing for industrialists to make money selling NPC-sold items. This update will also increase the income of the low-level missions to further close the gap between new players’ wallets and the going rates on the market. 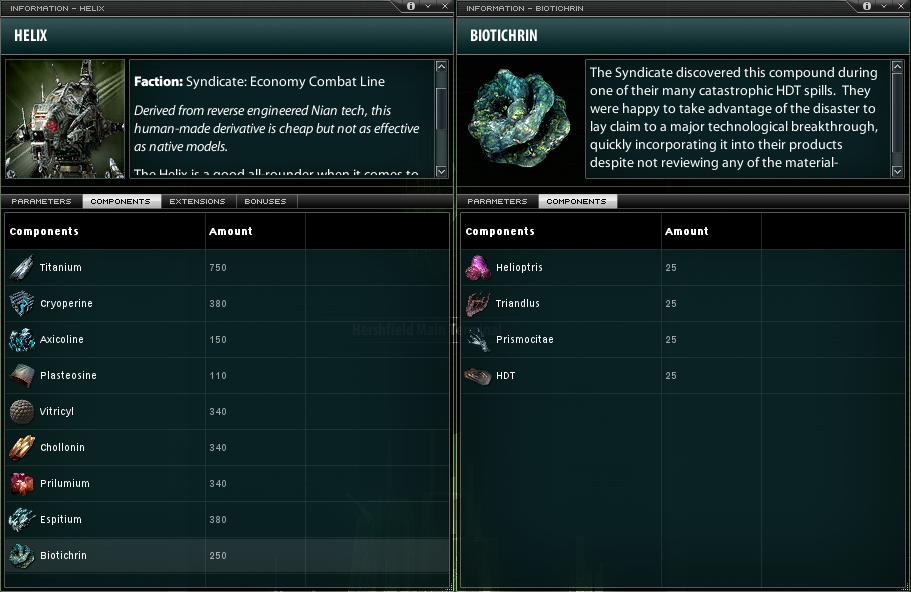 The Syndicate robot components also include a new commodity refined from Alpha materials, specifically plants.  Alpha uniquely has all three of the native plant types collected on both central islands, which give a big advantage to smaller alpha harvesting operations to source and have demand for their product.  Plus it was a nice opportunity to add a little extra flavor to the Syndicate production lore.

We have also been aware that as we have been adding more content, like new CT-capsules etc, this has also added to the difficulty around navigating the Syndicate shop and market. As such, the next update will include a much needed overhaul of the Market and Syndicate Shop category navigation.  There will now be dedicated and nested categories for all of the new items we have been introducing with the server, Robot Paints, Datashards, CT-Capsules, EP Boosters and much more!  These new categories will make it easier for players to navigate and find these new items as we continue to add more to the game!